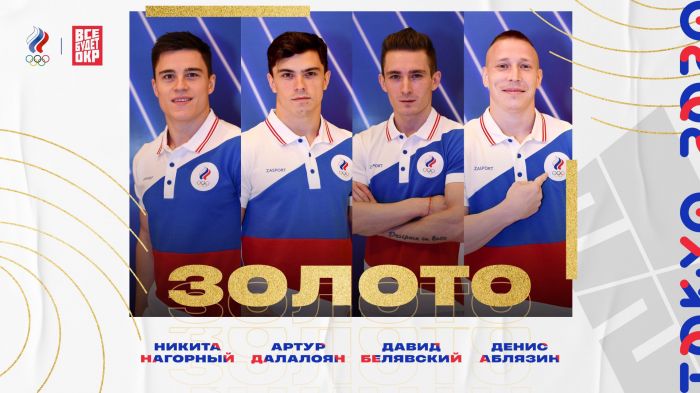 The Russian gymnastics team became champion of the Olympic Games in Tokyo during the team triathlon.

Among the champions were Artur Dalaloyan, Denis Ablyazin, David Belyavskiy and Nikita Nagorny, who each earned 262,500 points.

The Russian team won second place at the 2016 Summer Olympics. Russia hadn’t become a champion in this sport for the past 25 years.

Russia is represented by 335 athletes in 33 sports at the Olympics in Tokyo.