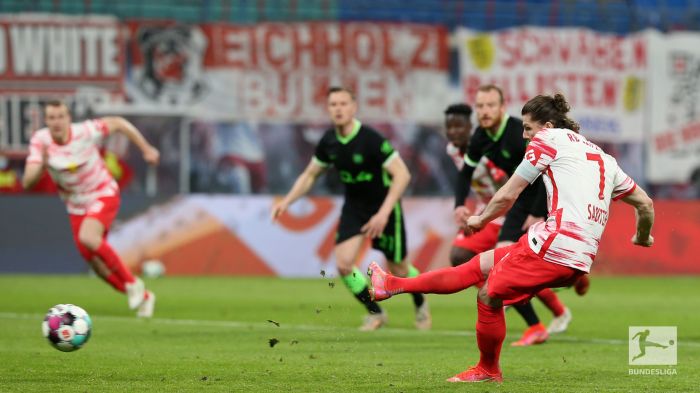 RB Leipzig hosted Wolfsburg and played a 2-2 draw in the penultimate round of the German Bundesliga.

Leipzig have secured second place, with 65 points, in the current Bundesliga standings. Borussia Dortmund and Wolfsburg, which are third and fourth, respectively, have 61 points each.