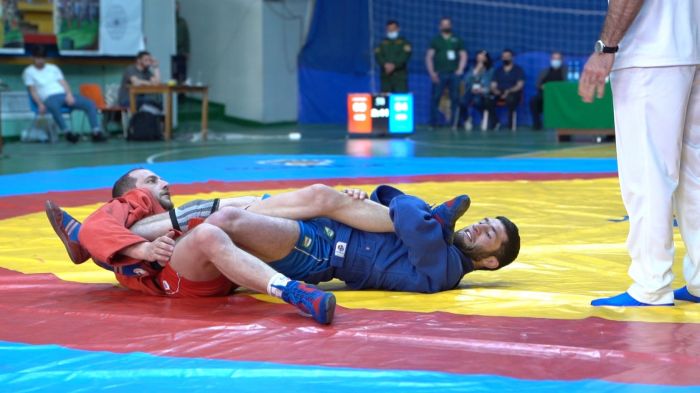 The Armenian national sambo championship was held in the capital Yerevan over the weekend, during which tributes also were paid to the sambo wrestlers who fell in the recent 44-day Artsakh (Nagorno-Karabakh) war.

Armenian sambo had ten martyrs and fourteen wounded in the war. Gor Sargsyan, Davit Babajanyan, Davit Shahnazaryan, Samvel Sahakyan, Narek Yeritsyan, Gevorg Martirosyan, Sargis Ghazaryan, Zaven Mkrtchyan, Patvakan Harutyunyan, and Hunan Manvelyan were fallen in the defense of the homeland. They have been posthumously awarded the title of eternal champion of Armenia’s championships, and the respective certificates were handed to their relatives.

The strongest male and female athletes from Shirak, Lori, Tavush, Kotayk, Ararat and the other provinces, as well as from Artsakh and Yerevan competed in the Armenian national sambo championship.

As a result of this tournament, the final list of the Armenian national sambo teams will be compiled for the European championship to be held from May 24 to 30.