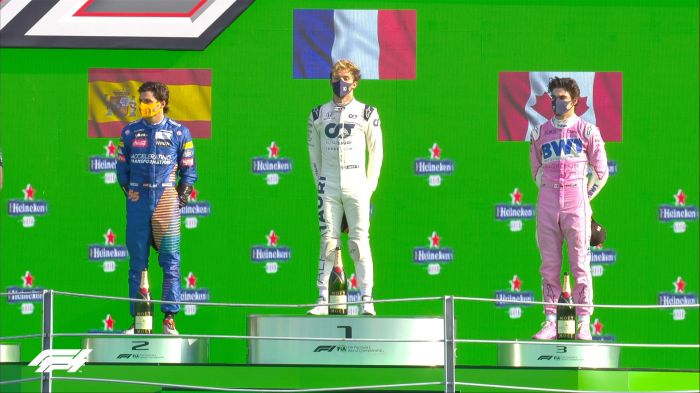 Mercedes’ British driver Lewis Hamilton was dominating until he was penalized for being called in for a stop when the pit lane was closed.

Two safety cars in quick succession mixed up the order and Gasly took the lead after Hamilton served his penalty.

Hamilton fought back from last place to seventh.

Lewis Hamilton, however, leads the overall standings with 164 points.