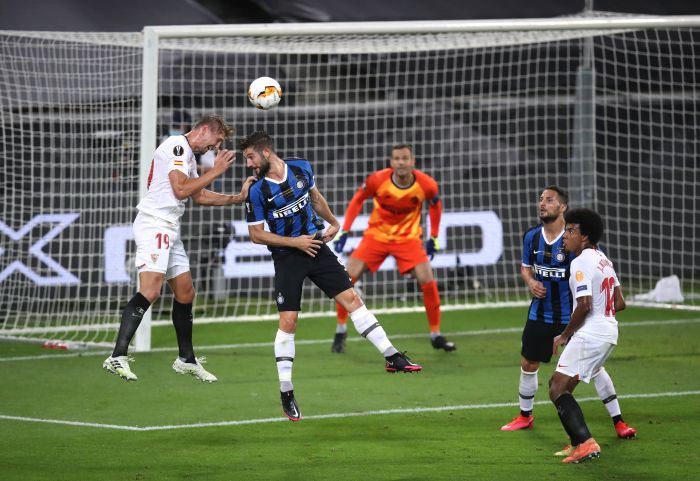 At the 5th minute, Inter Milan obtained the right to an 11-meter kick and scored a point thanks to Belgian striker Romelu Lukaku.

However, seven minutes later, Sevilla tied the match thanks to Luuk de Jong, and a pass for a goal was made by Spanish center-back Jesus Navas.

At the 33rd minute, Luuk de Jong scored a double after a pass from Argentine midfielder Ever Banega.