Mkhitaryan: It’s been one of the best seasons of my career 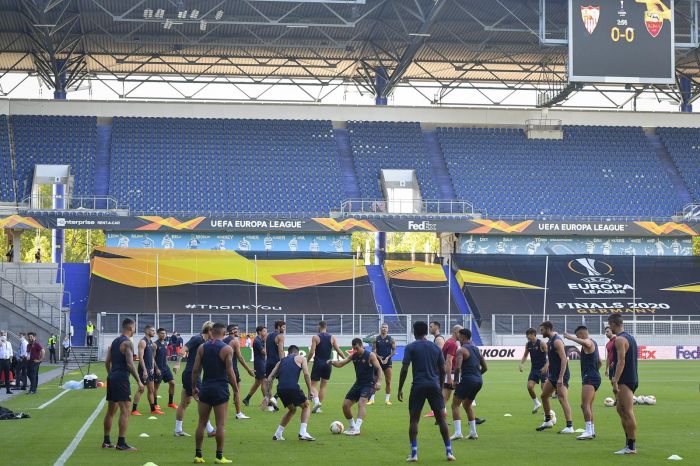 Roma and Armenian national football team midfielder Henrikh Mkhitaryan on Wednesday took part in the prematch press conference in Duisburg, Germany, ahead of Roma’s Europa League Round of 16 clash against Sevilla, the Roma press service reported.

“I think we need to be focused and alert in general—it’s a one-off game. We need to stay focused, keep the ball, use it well. We have to be confident in our approach—if you play with confidence and courage you can win. We can’t let our heads drop, we need to keep balanced.

I haven’t scored yet in the Europa League, I have 90 minutes to do that, but for me the important thing is that the team wins.

I will play to win and to get to the final. It won’t be easy, but I am confident the team is ready for this game. I will give everything I have to help the team win. If the team wins that is enough for me
Right now we are playing with a 3-4-2-1, so I am playing a bit closer to both Edin Dzeko and the opponent’s goal. It’s something we’ve been working on, that works well for me and the team. I want to continue producing for the team

It’s been one of the best seasons of my career,” Mkhitaryan said, in particular, at the press conference.

The Sevilla vs. Roma match will be played Thursday and will start at 8:55pm Armenia time.

Roma came in fifth in Serie A and qualified for the group stage of the next season of the Europa League.

Print    |  Հայերեն
Thank you for your comment. Your comment must be confirmed by the administration.
last news on "Football – Europa League"
Total votes (13)