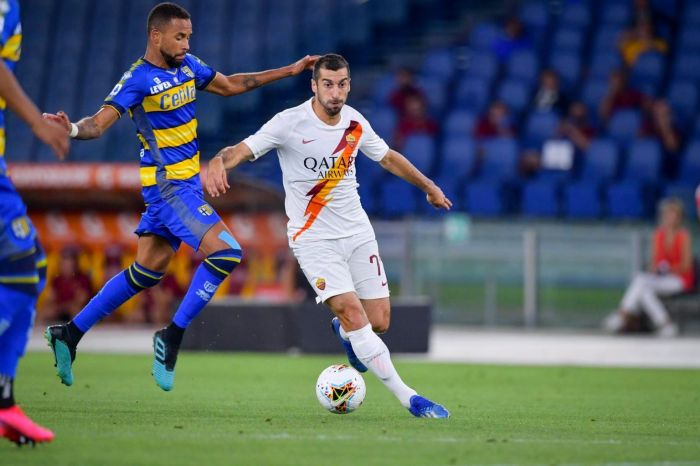 Whoscored.com has presented statistics of Roma midfielder Henrikh Mkhitaryan in a clash against Parma.
Mkhitaryan scored a goal. He made 34 passes with an accuracy of 82.4%.

The midfielder received a score of 8.50 and was named the best player of the match.

Roma played at home against Parma and won 2-1 in the 31st round of the Italian Serie A.

In the second half, French midfielder Jordan Veretout scored Roma’s winning goal with an assist from Mkhitaryan.

Henrikh Mkhitaryan was among the Roma starters and was subbed off in the 90th minute.

Roma are now fifth in the current Serie A standings with 51 points and ahead—by goal difference—of Napoli with the same points. Parma are 12th with 39 points. 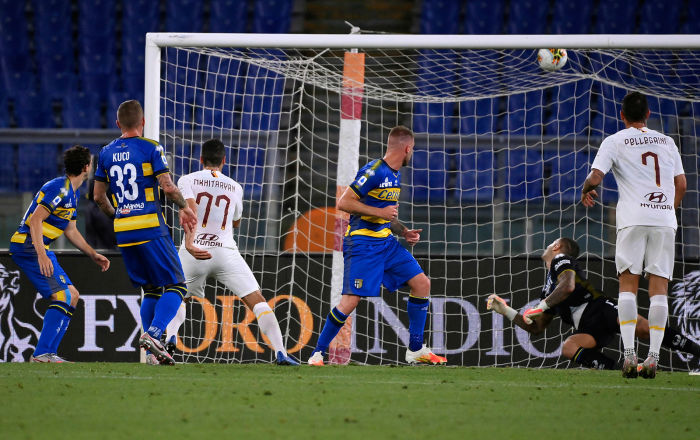