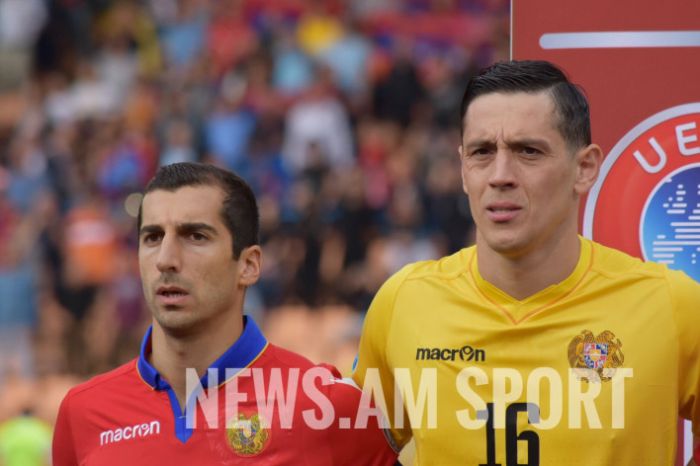 "THE SITUATION IN IRAN IS NOT IMPROVING"

"The situation in Iran is not improving. The number of people infected with coronavirus has exceeded 60,000. The only joyful thing is that there are fewer deaths here than in European countries.

At first it was difficult to live in quarantine, but everything can be adapted to. Now it has become normal.

The training of the club was stopped a month ago, but I decided not to take a break, and I continue to train with an individual program at the sports base. ”

"THIS PERIOD SHOULD BE USED PRODUCTIVELY"

"I advise fans not to waste time and use this break to learn something new. Thanks to modern technology, staying home is not so boring. One can spend the time during quarantine in different ways.

It's been a month since I started training every morning, then I follow the news, I watch TV series (…), I also play PlayStation. On YouTube, I recommend watching #Corner, “What Happened Next?” and stand-up performances. ”

"IRAN LEAGUE IS DYNAMIC. MATCHES ARE GOING AT A HIGH PACE”

"I had a hard time adjusting to the new club because I moved to Iran after a month off, whereas full training had already started here, the league was in progress. Due to an injury in a friendly match, I was out for two weeks, also missing one official match.

It is difficult to compare Armenia’s and Iran’s leagues; they are completely different tournaments. Each has its own characteristics and advantages. As for Iran’s league, it is very dynamic, the footballers are physically well prepared, and the matches are going at a high pace, which was unusual for me in the beginning.

ABOUT THE COACHING STAFF OF ARMENIA NATIONAL SQUAD

"[New manager] Joaquin Caparros has a lot of experience in football. There is a great desire for the Armenian national team to achieve the maximum result under his leadership. The change of head coach is a new impetus for the footballers to prove what they are capable of. I believe that we will show a dignified game in the upcoming matches. "

"I can't find words to express my gratitude to the fans that have always believed in and supported me, regardless of the results we recorded."