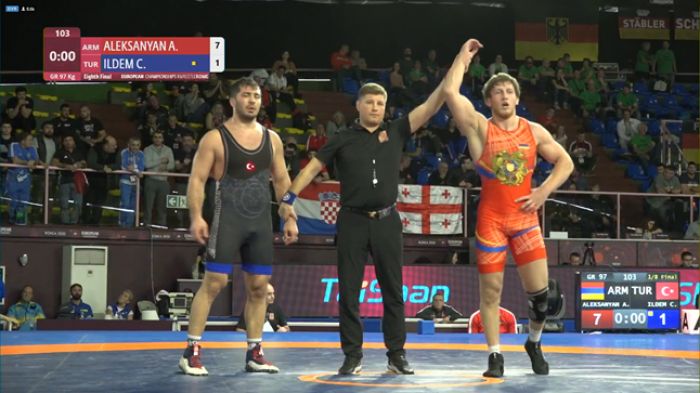 In the 1/8 final for 97 kg category, Artur Aleksanyan beat Turkish wrestler Cenk Ildem. The Olympic champion began very actively. During the match, the Turkish wrestler was inciting and hitting Artur with his head, and this made the Armenian wrestler break into frenzy and made the referee suppress the two wrestlers.

The Turkish wrestler was reprimanded for being rude, and this helped add two points to Artur Aleksanyan’s score.

In the quarter final, Aleksanyan’s opponent will be world and European vice-champion, Bulgarian wrestler Kiril Milov.