Armenia’s Sargissian: It was surprise for me to win European Rapid Chess Championship title 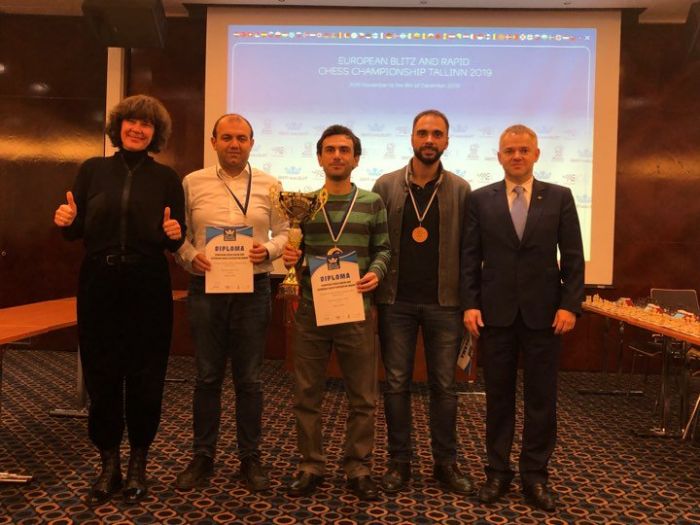 It was a surprise for me to win the champion’s title at the European Rapid Chess Championship. I'm glad I was able to bypass everyone. I hope that I will have a successful game in the World Championship.

Sargissian scored 10.5 points out of 13 and, having equal points with Russian Alexander Riazantsev and Azerbaijani Rauf Mamedov, he was declared champion on additional points.

"This championship was a much more preparatory stage for me, ahead of the blitz and rapid chess world championship," he said. “I didn't think I would be able to go ahead and beat everyone here. The most difficult game was the last one to win and the chance to take first place.

Honestly, I'm not so fond of rapid chess and blitz. I am more in favor of classic chess. But lately a lot of competitions are taking place in rapid and blitz chess, and I also participate. I have had some success; years ago I came in second at the European Blitz Chess Championship. In rapid chess this was my first big success.

The World Rapid and Blitz Chess Championship will be held in Moscow on December 25-30.

Other members of the Armenian national team headed by Levon Aronian will also participate in the year-end tournament with Gabriel Sargissian.

"Before that, I will have a training camp with one of our best chess players, Samvel Ter-Sahakyan, in Tsakhkadzor," Sargissian added. “The World Olympiad is with a more relaxing schedule, but more exciting and competitive than Europe. The lineup will be stronger, with the best players including world champion Magnus Carlsen, Levon Aronian and others. A very strong tournament is expected. All members of our team will play. I hope we will do well. In recent years the World Rapid and Blitz Chess Championship is classified as one of the strongest tournaments in the world, with a very large prize fund.

I'm not in a bad state in terms of chess. I'm ready for the World Olympiad. I have to recover physically, toward which the Tsaghkadzor training camp will be directed.

Unfortunately, I'm not involved in any sports at this time so that I can maintain my physical condition. You have to work on the problem of fatigue. I was playing football, trying to play once a week, but lately it, too, has not worked out. It is very necessary for a chess player to play any sport. In this regard, I will use the conditions there in Tsakhkadzor and train as much as possible. In fact, I don't like training in gyms. Running is very useful for chess, but there are very few outdoor spaces in Yerevan, especially in the community where I live. In this regard, there is a problem in Yerevan for engaging in outdoor sports. In 10-day training camp I will try to get in good athletic shape in Tsakhkadzor.”