Armenia national weightlifting team frontrunner Simon Martirosyan has won the Men’s 109kg competition at the 2019 World Weightlifting Championships being held in Pattaya, Thailand, by lifting a combined total of 429 kilograms.

As reported earlier, Martirosyan placed first in the Snatch competition by lifting 199 kilograms and, in doing so, also breaking the world record.

And in the Clean and Jerk, the Armenian weightlifter ordered the highest weight, 230 kilograms, which he successfully lifted in his first attempt and became two-time world champion. 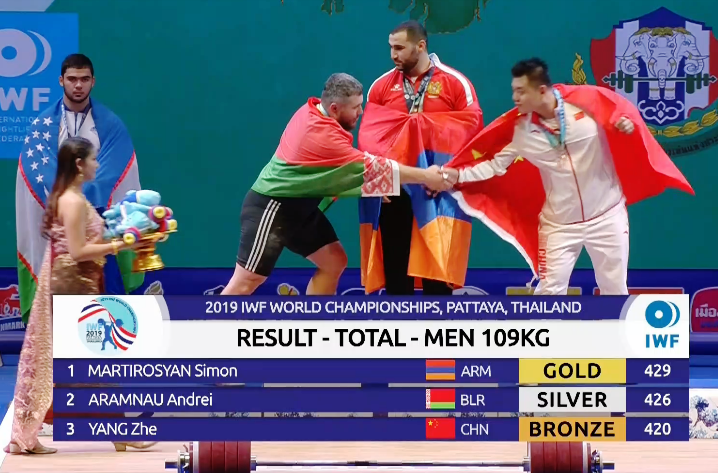 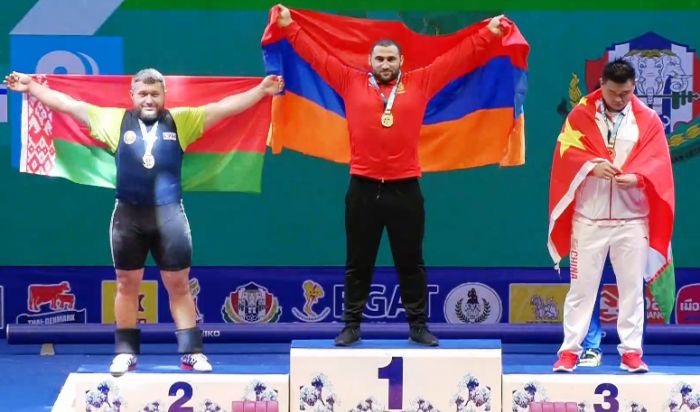 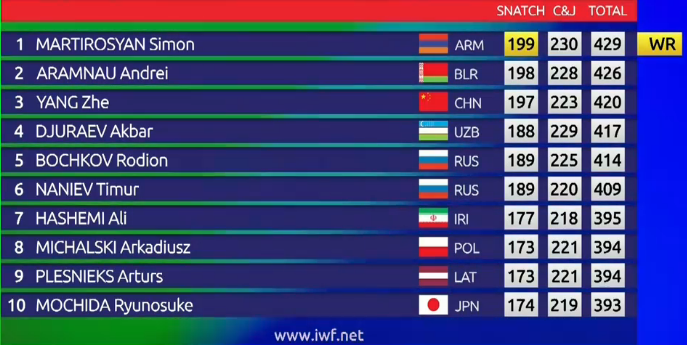