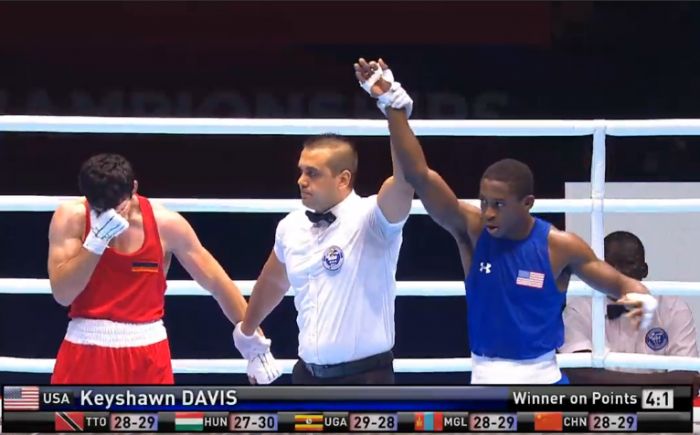 At the ongoing World Boxing Championship in the Russian city of Yekaterinburg, Armenian representative Hovhannes Bachkov (63 kg) in the finals fought with multiple US and Pan American Games champion Keyshawn Davis.

Bachkov lost to the US representative 4-1.