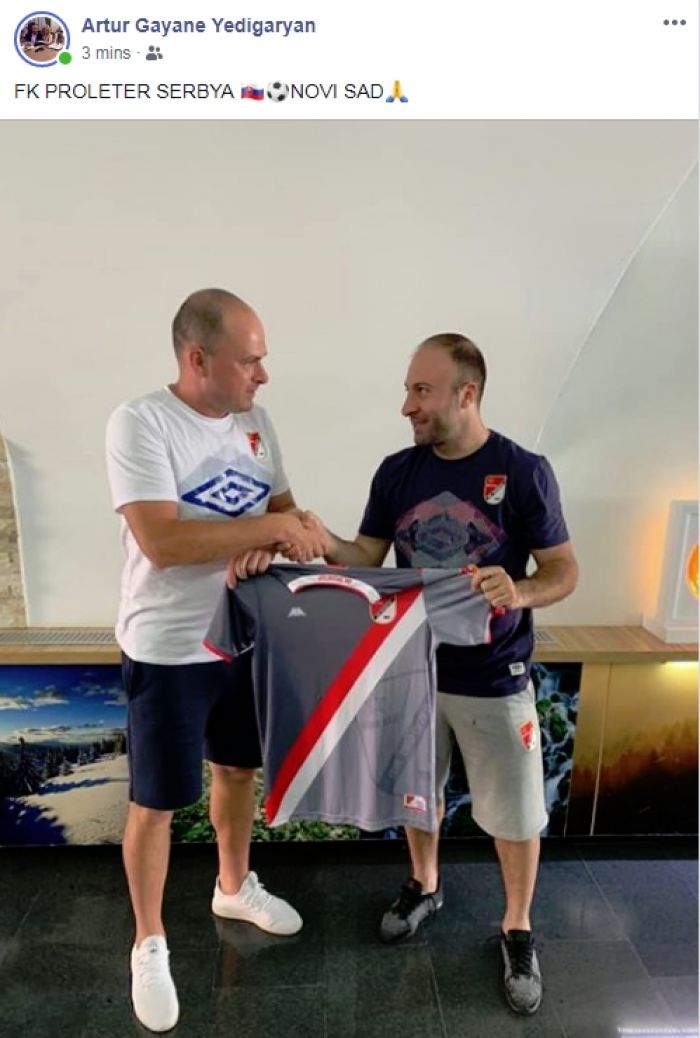 Midfielder for the Armenian national football team Artur Yedigaryan will continue his career in Serbia.

The 32-year-old footballer has signed a one-year contract with Novi Sad’s Proleter team, which is playing as a part of Serbia’s Super League. Proleter will be hosted by Radnichky in the first round to be held on July 20, Proleter won 8th place during the last Serbian championship.