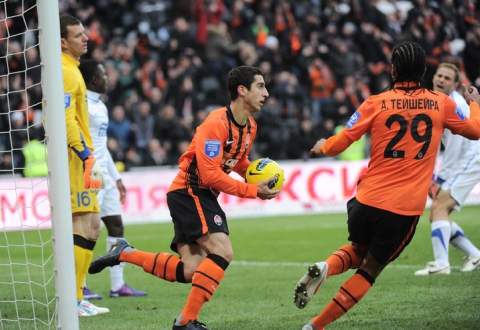 NEWS.am Sport interviewed Henrikh Mkhitaryan, half-back of the Armenian national football team and FC Shakhtar of Ukraine. Below is an excerpt from the interview.

What was your impression of the [friendly] match against Serbia?

In that game Armenia’s team played not with replacements, but with a team including young footballers. The Serbian squad certainly is a very strong team, and, naturally, the result was not pleasing [for us]. But our team demonstrated its own playing method. We had many chances to score in the [friendly] game with Canada, too. In any case, during the friendly matches [our national] squad’s footballers were attempting to find the cooperation that existed in the year past.

Aras Ozbilis played for the team for the first time. What will you say on this?

I believe everyone saw and came to believe that Ozbilis is a strong footballer, and it is not in vain that he plays for [FC] Ajax [of the Netherlands]. Playing with Armenia’s [national] squad, he certainly strengthened the team’s game. Aras immediately adapted to the [national] squad’s playing style and also scored a goal, which, in my view, is an important factor in terms of gaining confidence.

Armenia’s national team will play a friendly match against Greece, in Austria on May 31. What will this game give to our squad?

The Greek national team is a very good opponent. It is not a coincidence that they were European champions. It is very pleasing to play against the Greeks, since you receive a greater experience when playing against strong opponents.

FC Shakhtar is in contention for the Ukrainian championship. How is your conditioning?

I am doing everything to help the team. Truly, Shakhtar is continuing its battle for the gold medals, and we must win all the games.