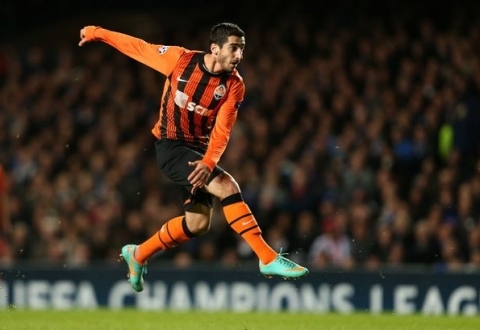 
DONETSK. – The Ukrainian Premier League football jointly with the fans named Armenian national squad and Ukraine’s FC Shakhtar Donetsk midfielder Henrikh Mkhitaryan as the best player of the 2012/13 season of the league.

A total of 853 fans took part in determining the top professionals.

Shakhtar Manager Mircea Lucescu was recognized as the best coach of the season. To note, the Romanian specialist won this title for the seventh time in his career and for the sixth consecutive time.

The awards ceremony will be held on July 10 in Odessa, and before the start of the match for the Super Cup of Ukraine, FC Shakhtar Donetsk official website informs.

As NEWS.am Sport informed earlier, by scoring 25 goals, Henrikh Mkhitaryan became the top scorer of the 2012/13 season of the Ukrainian Premier League. In addition, the Armenian international also set a new record for the number of goals scored in one season in the league.

To note, England’s Liverpool F.C. and Tottenham Hotspur F.C. plus Borussia Dortmund of Germany are interested in the services of Henrikh Mkhitaryan, 24.