Guardiola: The toughest title of my career 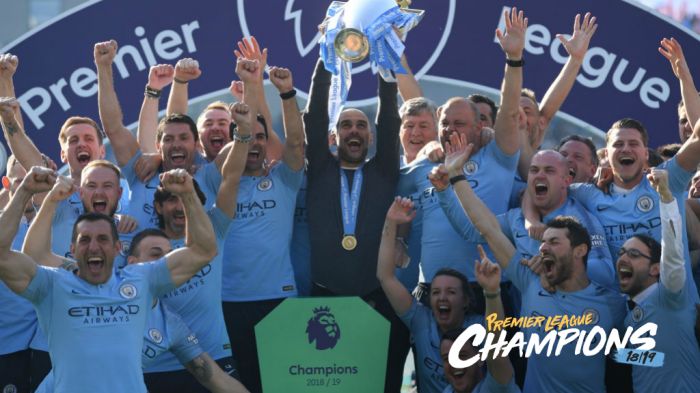 "We worked a lot. I have to say congratulations to Liverpool of course. Thank you so much. They helped to push us and to increase our standards from last season. To compete against this team pushed us to do what we have done. It's incredible, 198 points in two seasons. I think last season Manchester City made the standards. That is the level in the Premier League and Liverpool have helped us to be there all the time,” he said. "To win the title we had to win 14 games in a row. For two to three months we cannot lose one point and we did it all playing in all competitions until the semi-finals of the Champions League. It's incredible. Normally if you get 100 points the tendency is to go down but Liverpool helped us to be consistent. This was the toughest title in all my career."

On Sunday, the 48-year-old Guardiola won the 26th trophy in his coaching career. According to this indicator, he bypassed the former Jose Mourinho.