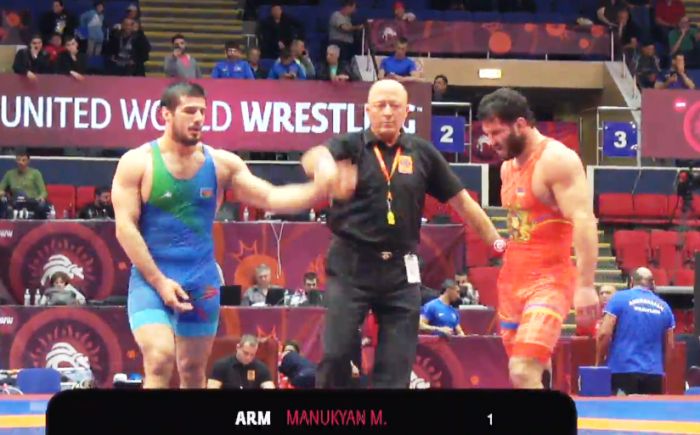 
During the competition of 87 kg wrestlers of the European Greco-Roman Wrestling Championship taking place in Bucharest, world and European champion Maksim Manukyan competed with Azerbaijani wrestler Islam Abasov in the quarter final and lost 1-6.

In the qualification stage, Manukyan won Finnish wrestler Herman Metsomaek 5-0 and lost to Romanian wrestler Aleksandru Karas 8-0 in the 1/8 final.