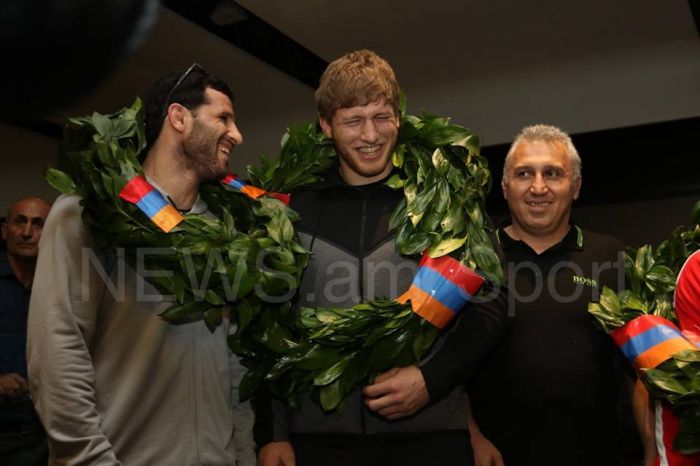 European champions Artur Aleksanyan and Maksim Manukyan, bronze medalist of the European championship Karen Aslanyan and the rest of the national team were greeted at Zvartnots International Airport by the president of Armenia's Olympic Committee, Gagik Tsarukyan, the acting president of the wrestling federation Hrachya Rostomyan and numerous fans. 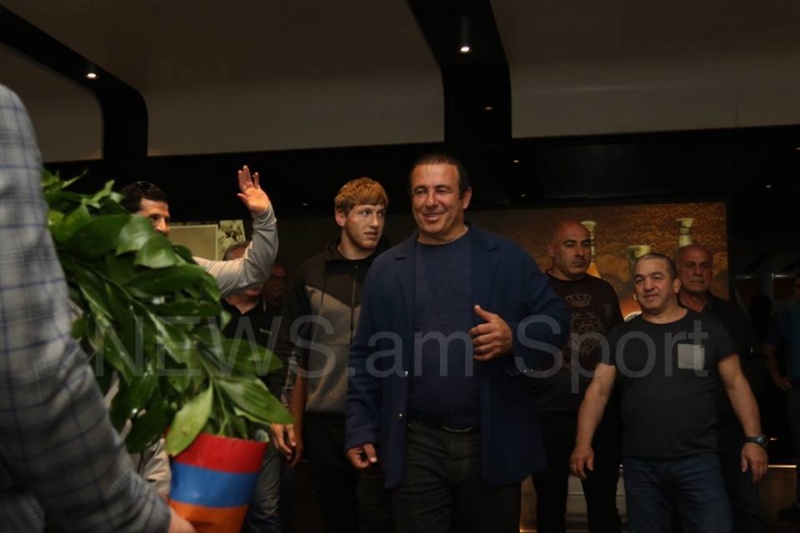 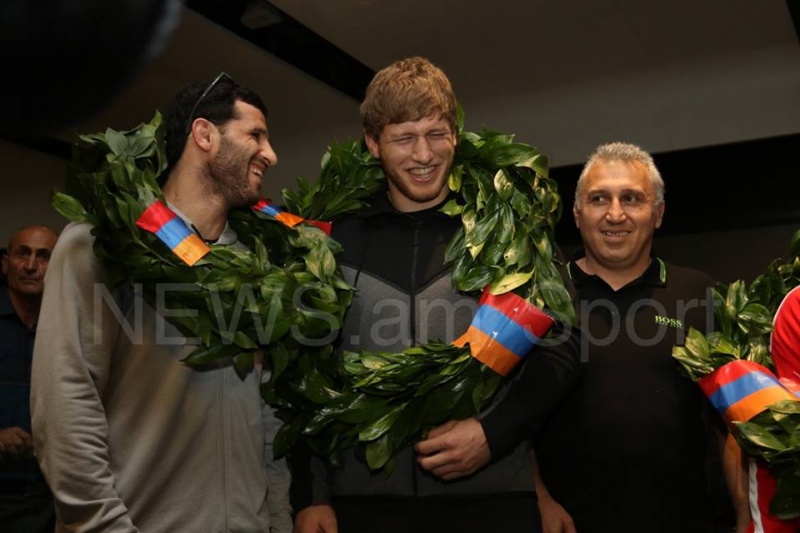 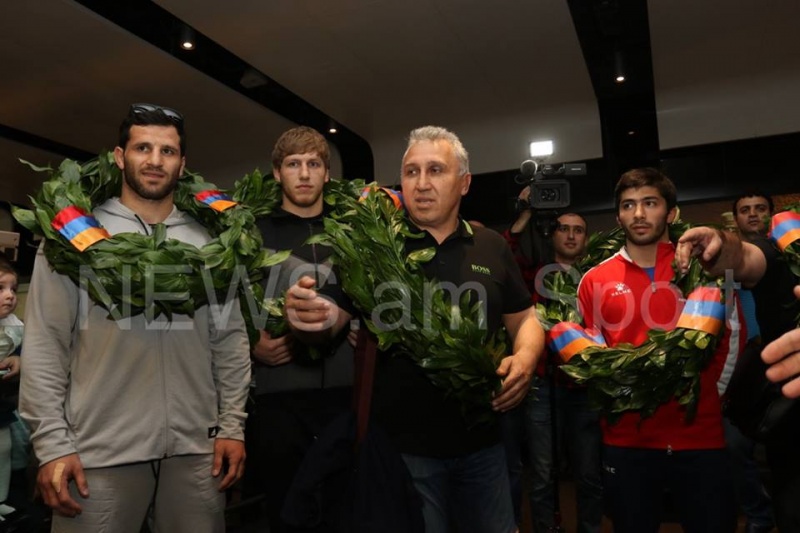 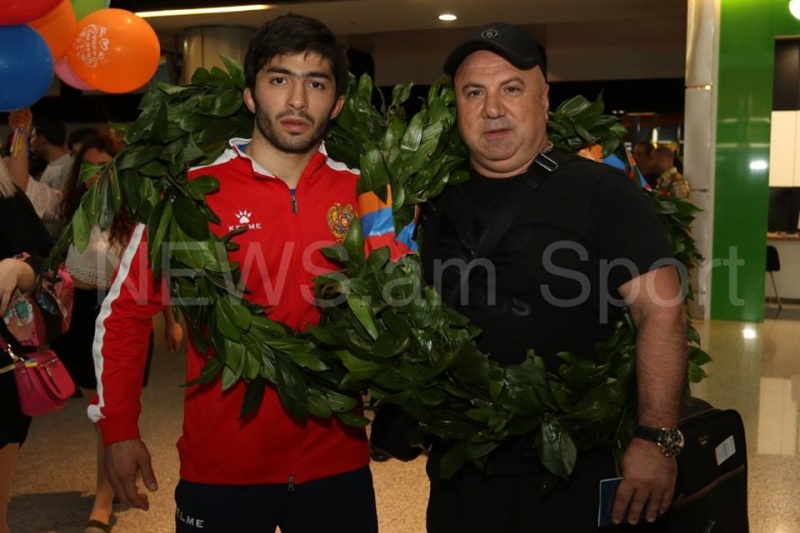 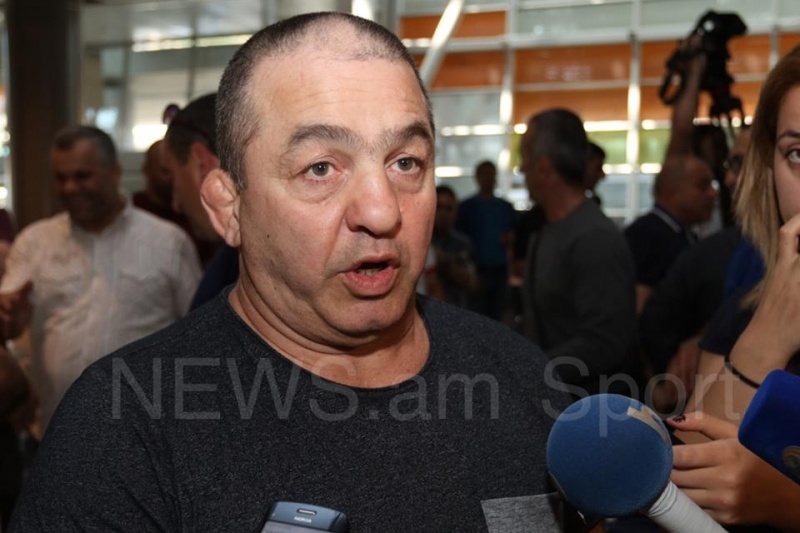 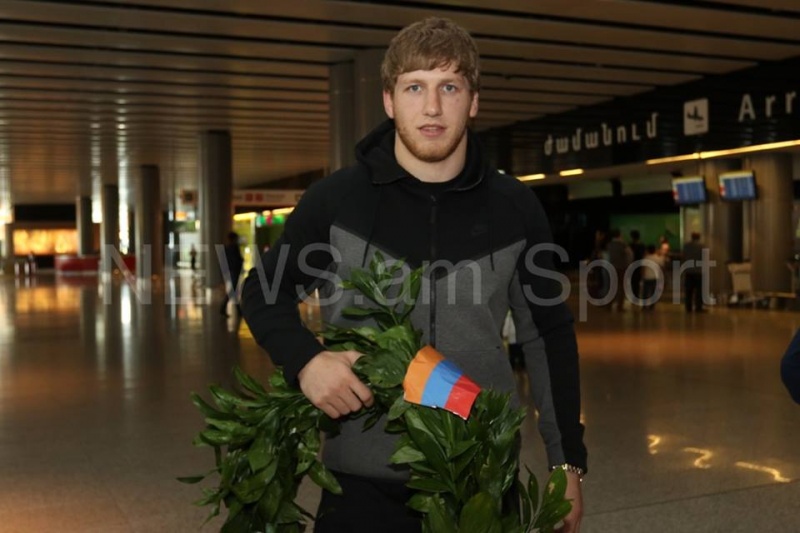 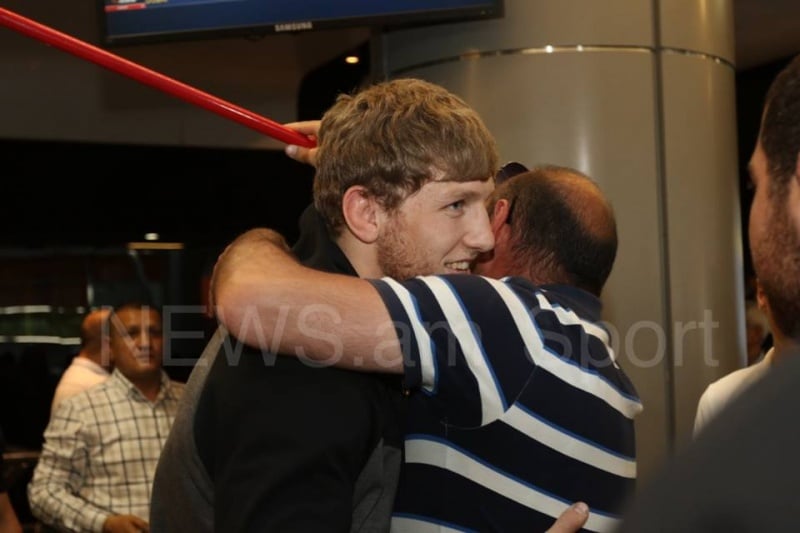 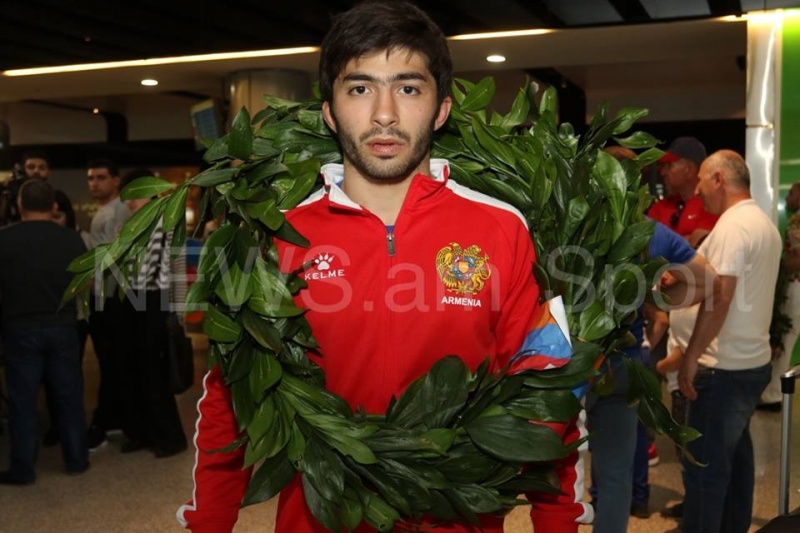