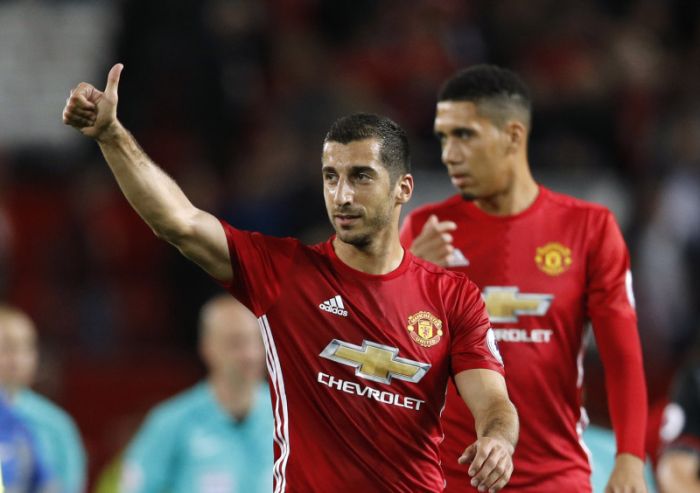 
Armenian national football squad captain and Manchester United (a.k.a. Red Devils) midfielder Henrikh Mkhitaryan has repeated a record of this English football club in European cup games by scoring a goal against FC Rostov (Russia), in Thursday’s Game 1 of the UEFA Europa League Round of 16, according to Goal.com.

Mkhitaryan became the second Manchester United player to score in three consecutive European games with his strike against Rostov.

His goal in the Russian city drew him level with Wayne Rooney in scoring in at least three straight matches on the continent.

Rooney had been the last man to achieve the mark for United, all the way back in March 2010.
In the previous two Europa League games, the Armenia international had scored against AS Saint-Étienne (France), and FC Zorya Luhansk (Ukraine).

The match in Rostov ended in a 1-1 tie, and the Armenian midfielder, who had missed two matches due to a hamstring injury, was back in the Red Devils’ starting eleven, and he played for 67 minutes.