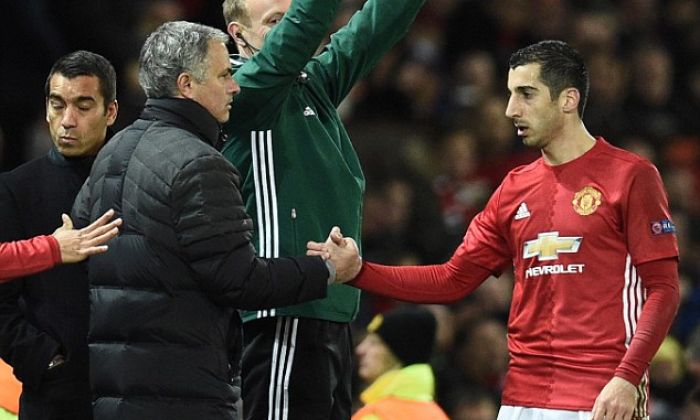 
After their Europa League group-stage win Thursday against Feyenoord (Netherlands), Manchester United (a.k.a. Red Devils) manager José Mourinho praised the English club’s midfielder Henrikh Mkhitaryan, who was recognized Man of the Match as a result of an online voting on the Red Devils’ official Twitter account.

“He [i.e. Mkhitaryan] just needs now to try to replicate this kind of performance in the [English] Premier League,” the Man United official website quoted the Portuguese football specialist as saying. “Obviously now the confidence level is higher. This performance gives him the right to believe that he can play the next match.

“We know why we bought him. He has a high level of technical quality. He’s very intelligent, very bright, with how he reads the game.”

Mourinho added that he is happy for the captain of the Armenia national squad, since he had a good game.

As reported earlier, Man United won the match by a score of 4-0; and Mkhitaryan, who returned to the Red Devils’ starting eleven, played 82 minutes.