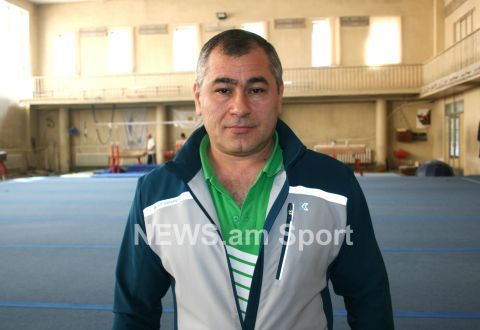 
In an interview with NEWS.am Sport, the head coach of the Armenian artistic gymnastics team, Hakob Serobyan, summed up the results of the Armenian gymnasts’ performance at the 9th International Federation of Gymnastics (FIG) Artistic World Challenge Cup, which is held in the Qatari capital city of Doha.

The Armenian gymnasts won three medals in Doha. Harutyun Merdinyan became the gold medalist for in the pommel horse, while Vahagn Davtyan and Artur Tovmasyan won silver and bronze, respectively, in the rings.

“I’m satisfied with the performance of our gymnasts in the World Challenge Cup; they carried out the tasks set before them. Merdinyan had no equal in the pommel horse. He performed brilliantly. As to Vahagn Davtyan and Artur Tovmasyan, they frightened the World Champions by their performances on rings. Artur also performed well, but what is currently important to us is the Test Event, during which competition will be held for the berths at Rio-2016. Artur gained high scores: It’s important that he wins a berth to Rio,” Hakob Serobyan said.