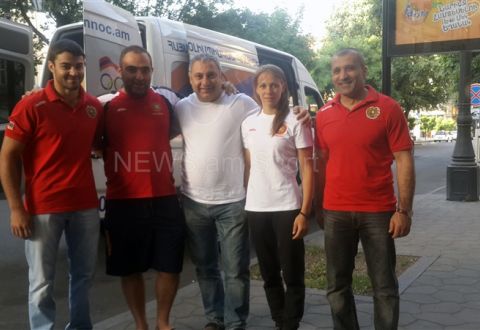 
On Tuesday morning, the Armenian judoka headed for Baku, where they will compete in the 2015 European Games.

Armenia Judo Federation Vice President and General Secretary Davit Khitaryan, who likewise has left for the Azerbaijani capital city, informed about the aforementioned in his Facebook account.

Team Armenia traveled to the Georgian capital city of Tbilisi, and from there they will head for Baku.

The three Armenian judoists will compete in the Azerbaijani capital city on Thursday and Friday.

Armenia has won one silver medal so far in the 2015 European Games, as Migran Arutyunyan placed second in the 66 kg weight class of the Greco-Roman wrestling competitions.