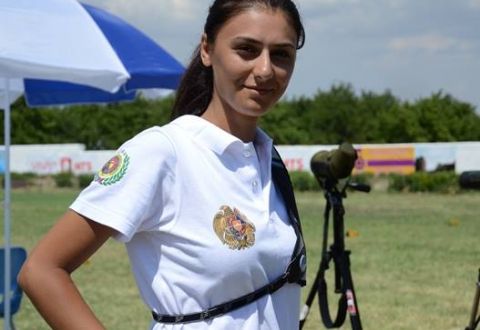 Tuesday was the second day of competitions in the European Archery Championships, which are held in Etchmiadzin, Armenia.

Armenia men’s national team leader Vasil Shahnazaryan, however, suffered a surprise defeat in the 1/48 finals, and against his Belarusian opponent.

Gevorg Hazarumyan, on the other hand, defeated former world champion Michele Frangilli (Italy) in the first round of the 1/48 finals, but he lost in the overall score.

Davit Khachatryan likewise was defeated, but by the archer representing France.

Armenia women’s national team member Gohar Shahnazaryan, however, defeated Ireland’s representative in the 1/48 finals, and by a score of 6-0. In the 1/24 finals, she will face the archer from Spain.

Nune Vasilyan and Haykuhi Margaryan, on the other hand, lost to their respective opponents and therefore bid farewell to the rest of the competition.

As a result, Gohar Shahnazaryan has become Armenia’s sole athlete who still has a chance to win a medal in the European Archery Championships.