Messi not offside in goal against Atlético 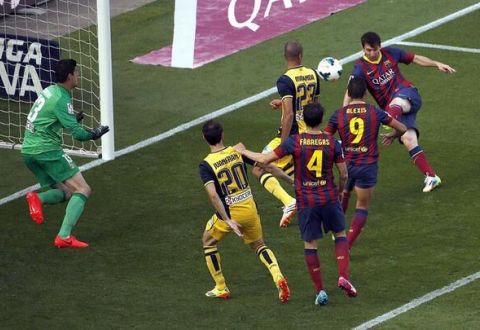 
Atlético Madrid played a draw on the road against FC Barcelona on the last matchday in the current season of the La Liga.

As a result, Atlético were declared the Spanish champions.

In the 64th minute of the game, however, Argentina national football squad and Barça striker Lionel Messi scored a goal, but the referees disallowed it on the grounds that he was offside.

The replay video, on the other hand, clearly shows that Messi was not offside because the ball had come to the Argentine’s foot from an Atlético defender.

But to be fair, we need to point out that Barcelona midfielder Cesc Fàbregas had pushed Atlético Madrid defender Juanfran.