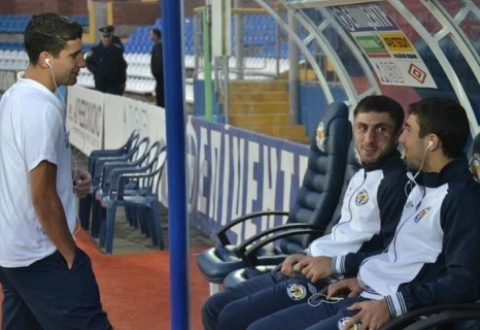 
DONETSK. – As a result of an online survey conducted in the official website of Ukraine’s FC Metalurh Donetsk, Armenian national football team and Metalurh midfielder Karlen Mkrtchyan was recognized as the club’s best foreign player for 2012.

To note, Karlen Mkrtchyan, Gevorg Ghazaryan, and Artak Yedigaryan have played in eleven, seventeen, and eight games, respectively, so far for FC Metalurh Donetsk, in the current season of the Ukrainian Premier league. Also, Ghazaryan has scored three goals for his club.