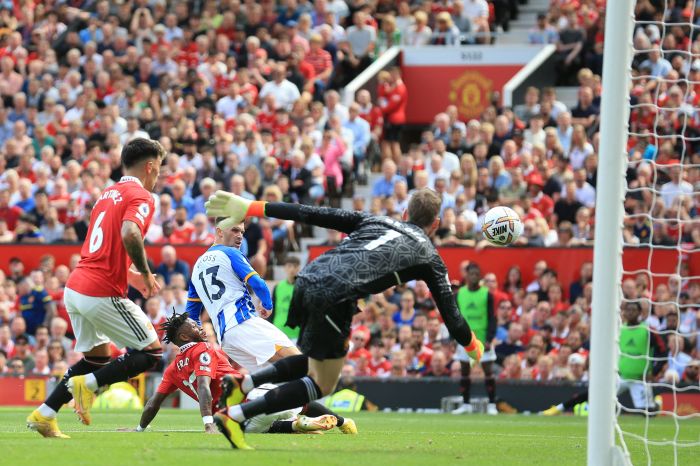 
Manchester United hosted Brighton at Old Trafford in the first round of the English Championship. Erik ten Hag, the Dutch head coach of Ajax Amsterdam who moved to Manchester United, did not make his debut in official games.

The visitors won 2-1. German midfielder Pascal Gross notched a double in the first half.

Portuguese forward Cristiano Ronaldo, 37, was placed on Manchester United's reserve bench and was substituted in the 53rd minute.

Leicester City at home against Brentford conceded a 2-0 win. In the end, the visitors managed to score two goals and avoid defeat.