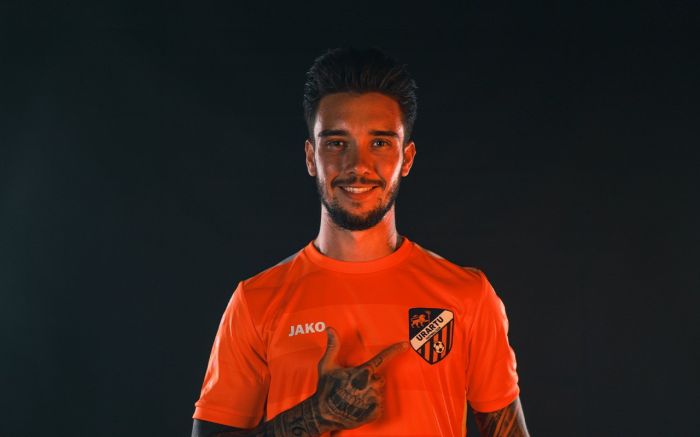 
Urartu have signed a contract with 26-year-old Russian striker Maksim Mayrovich, the press service of the Yerevan club reported.

Maksim Mayrovich first started playing in Armenia in 2019, joining Noah, who won the Armenian Cup and became vice-champion of the championship the same year. At the beginning of 2021 he moved to the Russian Akron, and in the fall of the same year he returned to Noah.

In 69 games for Noah he scored 25 goals and made 10 assists. He is the top scorer in Noah's history.

Last season, Maksim Mayrovich was again the leader in terms of scoring statistics at Noah, scoring 9 goals and giving 3 assists.

"Back last year I faced a choice: to stay in Russia or move to Urartu. I stayed there, which I regretted later, and this year, receiving the offer, I didn't think too much and agreed. The guys received me well, I have experience working with the coach, so I hope to help Urartu to become a leader, because I believe that the team with such an infrastructure should occupy only high positions, "said the player after his transfer.

Maksim Mayrovich will play for Urartu under number 15.