Djokovic gets support from Serbia president 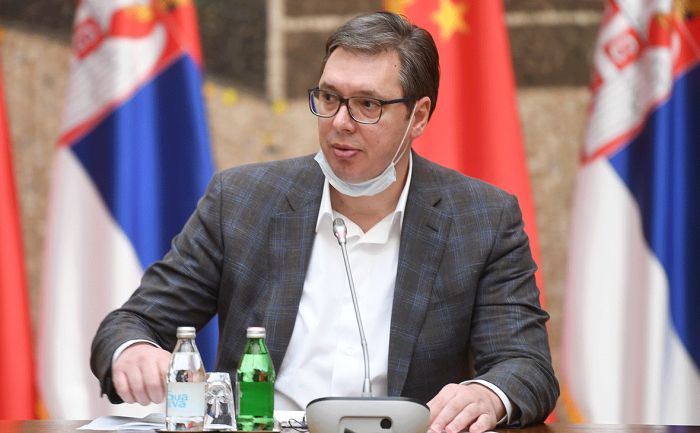 
Serbian President Aleksander Vucic wondered in a message to the Australian government why they were allegedly "harassing" tennis superstar Novak Djokovic with their latest decision to cancel his visa, Fox News reported.

Vucic released a statement posted on his Instagram defending Djokovic as he fights, yet again, to stay in Australia and participate in the Australian Open, which is set to start Monday.

"If you wanted to ban Djokovic from winning the trophy for the 10th time, why didn't you return him immediately, why didn't you tell him it was impossible to get a visa? Why are you harassing him?" he said, according to Serbia’s B92.

"They often preach to us about the rule of law. You can imagine what it would look like if a minister in Serbia could annul the decisions of judges, i.e. valid judicial bodies. …They may have shown us how an independent judiciary looks like, but above all it looks like an unimportant judiciary because all power is in the hands of the executive state bodies."

Vucic vowed to have Djokovic’s back throughout his fight.

"Serbia will be with Djokovic and be able to respond to you by behaving much better than you did to Djokovic, by respecting international customs and respecting everything that means adequate representation of one state," he said.

"We will fight for Novak Djokovic and the fact that you will harass him for a day, two or five more or less will not change the sentiments of our people towards the people of Australia that we highly respect and appreciate, but also towards Novak Djokovic."

Djokovic had his visa canceled a second time and faces deportation again even after a judge ruled he can stay in Australia, paving the way for his participation in the first major of the tennis season.

Djokovic’s team was expected to appeal at the Federal Circuit and Family Court, which it did successfully earlier in the week on procedural grounds when his visa was first canceled when he landed at a Melbourne Airport. Hawke said he made his judgment "carefully."

"Today I exercised my power under section 133C(3) of the Migration Act to cancel the visa held by Mr Novak Djokovic on health and good order grounds, on the basis that it was in the public interest to do so," Hawke said in a statement.

Djokovic is unvaccinated against the coronavirus. All Australian Open participants and incoming travelers into the country need to be vaccinated unless they receive a medical exemption.

A medical exemption was approved by the Victoria state government and Tennis Australian, allowing him to obtain a visa to travel. However, the Australian Border Force rejected the medical exemption and canceled his visa when he landed in Melbourne on January 5.

On Friday, his lawyers sought an injunction to block his removal from the country. His lawyer’s called Hawke’s decision "patently irrational."

He’s set to be detained Saturday morning at 8 a.m. local time, according to Sky News.

The 20-time major champion was holed up in a Melbourne immigration hotel until a judge reversed the decision. He was then picked as the No. 1 seed for the tournament and was able to practice at Rod Laver Arena ahead of the Open.