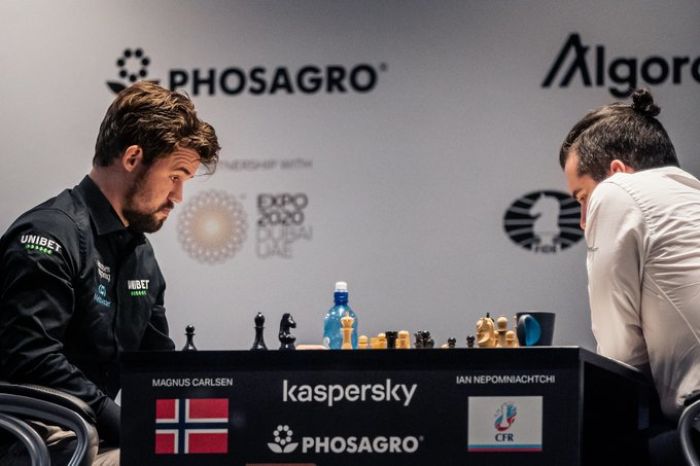 
In the 6th game of the World Chess Championship in Dubai, reigning world champion Magnus Carlsen (Norway), 31, and challenger Ian Nepomniachtchi (Russia), 31, have surpassed the record for the most number of moves in this competition.

A total of 136 moves were made in this game, and, ultimately, Carlsen won after five draws in the previous matches.

The previous record the most number of moves in the World Chess Championship was set in the 1978 match between Anatoly Karpov and Viktor Korchnoi, with 124 steps.

Magnus Carlsen is defending the world champion’s title for the fourth time.

That's it! A historical, record-breaking game ends in a victory for Magnus Carlsen. #CarlsenNepo pic.twitter.com/fSWKjrCu1x

And with 125.Rd2 we have Carlsen and Nepomniachtchi playing the longest game in the history of the chess world championship matches!

The previous record of 124 moves belonged to Karpov-Korchnoi 1978, which ended in a stalemate. #CarlsenNepo #record pic.twitter.com/WFHSkOU2h3