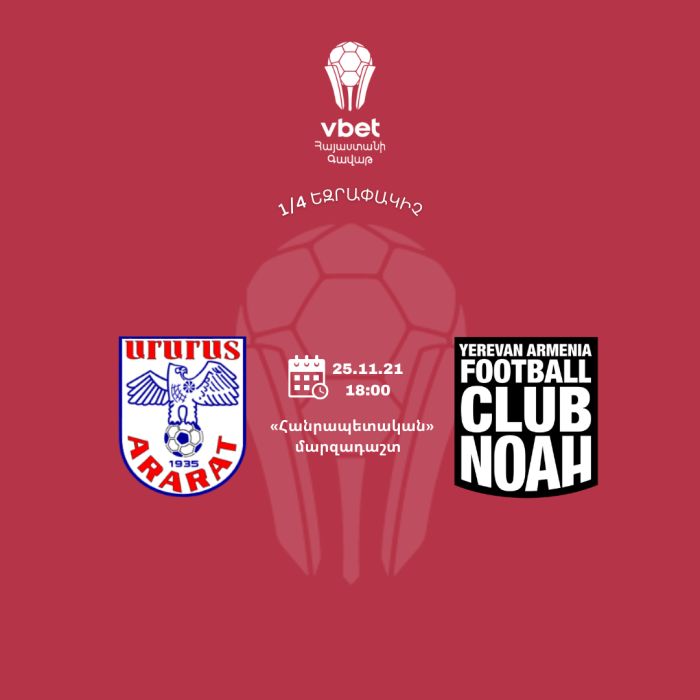 
FC Ararat made it to the semi-final of the play-off for the Armenia football cup.

During the match held at Vazgen Sargsyan Republican Stadium in Yerevan, FC Ararat defeated FC Noah with a minimum score in the quarter final. Center-back Hovhannes Nazaryan, 23, scored the only goal in the 31st minute.

The winner is announced after one match.