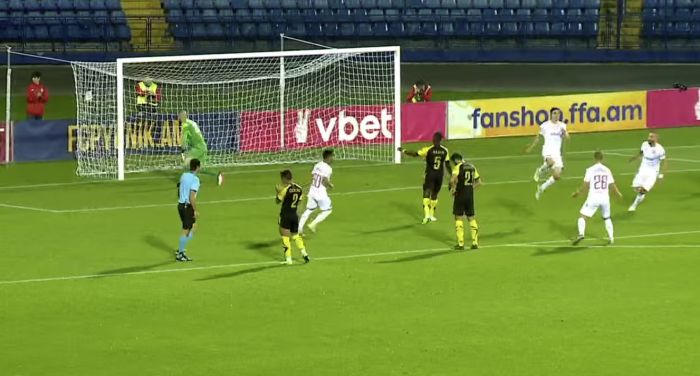 
In the ninth round of the championship of the Armenian Premier League, FC Pyunik played against FC Alashkert and tied the match 1-1 at Vazgen Sargsyan Republican Stadium.

In the 32nd minute, the first goal was scored by 23-year-old midfielder for FC Pyunik and the Armenia national football team Erik Vardanyan, who scored an effective 11-meter kick.

FC Alashkert tied the score in the added time after center-back for the Armenia national team Taron Voskanyan scored a goal.