Armenia national football team manager: We should congratulate our players for efforts made in 2nd half 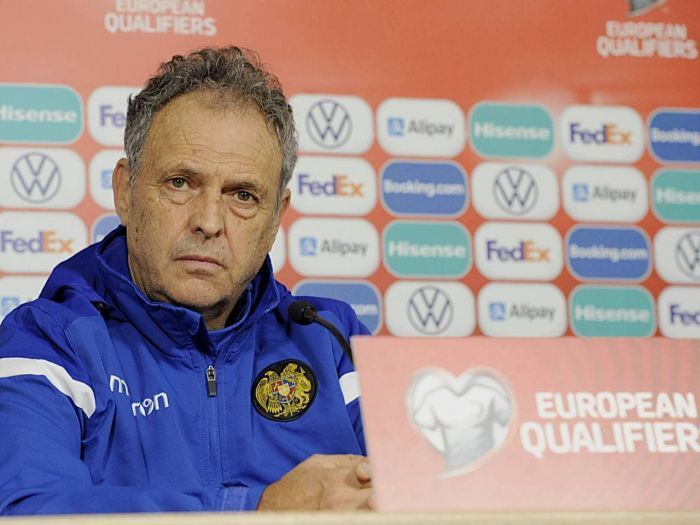 
The Spanish manager of the Armenian national football squad, Joaquin Caparros, commented on their 0-1 defeat by Romania in the eighth round of the group stage in the European qualifiers for the 2022 FIFA World Cup to be held in Qatar.

"Yes, we did not play well in the first half, and the changes at the time off were aimed at breaking the course of the game. We could not control the ball in the first half, it was a problem, but the opponent scored a goal after the corner kick. We must work to avoid such goals in the future.

Our task became complicated, but we will continue to fight as long as we have a theoretical chance to book a spot [in the final tournament].

Armenia, Romania, and North Macedonia are very equal teams, it’s just that there are small details that contribute to the victory of a team," Caparros said at the post-match press conference.

In the penultimate round, Armenia will host North Macedonia on November 11.