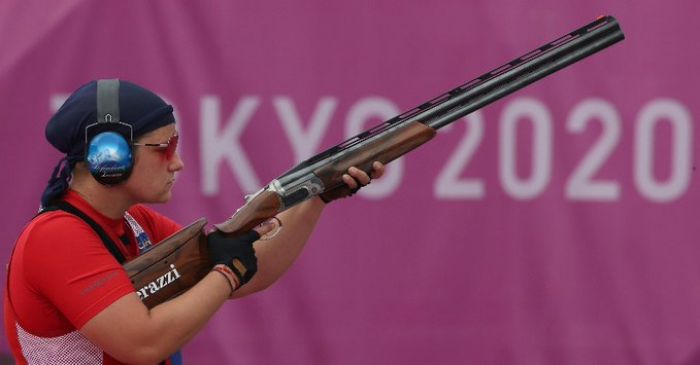 
Alessandra Perilli scored her first Olympic medal in the history of San Marino after winning third place and scoring a bronze medal with 29 points in the Shooting trap women’s final at the Olympic Games in Tokyo.

With a population of 34,000, San Marino is the country with the smallest population that have managed to score a medal in the history of the Games.

This is the first #Olympics medal in history for San Marino!

With a population of around 34,000, #SMR is also the smallest country in history to win an @Olympics medal! #UnitedByEmotion pic.twitter.com/Sk56uSSyLB

Slovakia’s Zuzana Rehak Stefecekova set an Olympic record and won the championship with 43 points, while American Kayle Browning was left behind by one point and scored the silver medal.

The Shooting men’s trap ended with the victory of Czech shooter Jiri Liptak, who set an Olympic record with 43 points. The Czech Republic’s other representative David Kostelecky became a vice-champion and repeated the Olympic record. The winner was determined during the shooting. Liptak scored 7 points, while Kostelecky scored 6 points.

The Czech Republic and Slovakia won gold medals at Tokyo 2020.