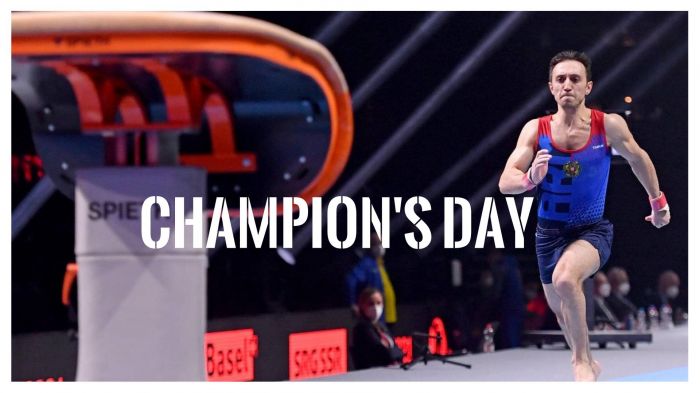 
NEWS.am Sport presents Artur Davtyan, the only representative of Armenia in the gymnastics competition at the 32nd Summer Olympics to be held in Tokyo, Japan, from July 23 to August 8.

He is one of Armenia’s real medal contenders at Tokyo 2020.

Artur Davtyan will be the first member of the Armenian Olympic team to compete at Tokyo 2020, as the men's gymnastic qualifying round will take place on Saturday.

Davtyan is already in the Olympic capital and has held his first trainings.

The champion of Europe and the European Games will compete in his main event—the  Vault—as well as in the Pommel Horse.

The CHAMPION’S DAY program presents a day of Armenian champions, their trainings, daily lives, and the difficult path to become a champion.