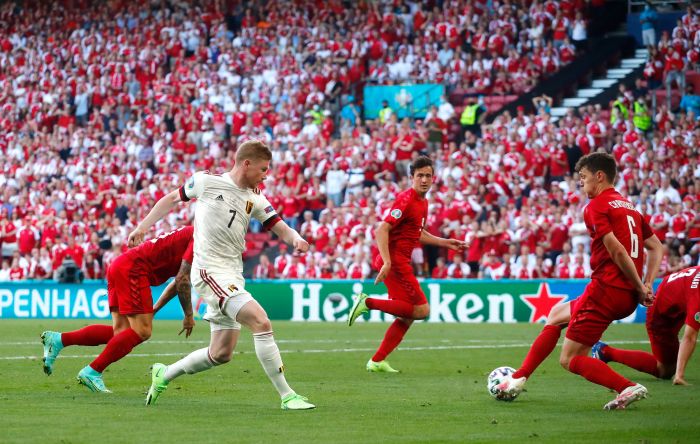 
The world’s bronze medalist Belgium national football team scored a victory in the group stage of Euro 2020 after defeating Denmark 2-1 in Copenhagen.

The Danish scored the first goal in the 99th second.

In the 10th and 11th minutes, the match was interrupted, and rounds of applause were heard and posters were waved in honor of the Danish football team’s and Inter’s midfielder Christian Eriksen.

The Belgium national team scored two goals in the second half. In the 54th minute, Thorgan Hazard tied the score after taking advantage of the pass made by midfielder Kevin De Bruyne. In the 70th minute, Manchester City’s top player doubled the score against the Belgians.

With 6 points and a ratio of 5-1 ratio of goals, Belgium are the leader of Group B and have secured their spot in 1/8 final. In the first round of Group B, Belgium defeated Russia 3-0, while Denmark were defeated by Finland 0-1.

Out of the 6 groups of Euro 2020, the first and second place teams, as well as four teams in third place will score a pass to the play-off (1/8 final).