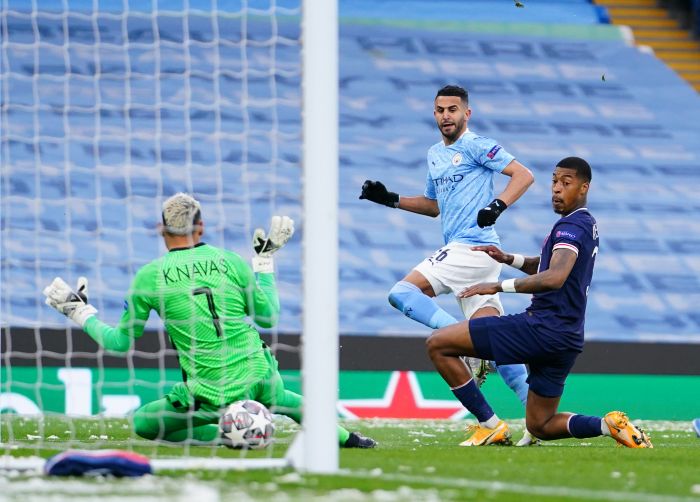 
The Premier League’s leading Manchester City is playing against PSG during the return match of the semi-final of the UEFA Champions League.