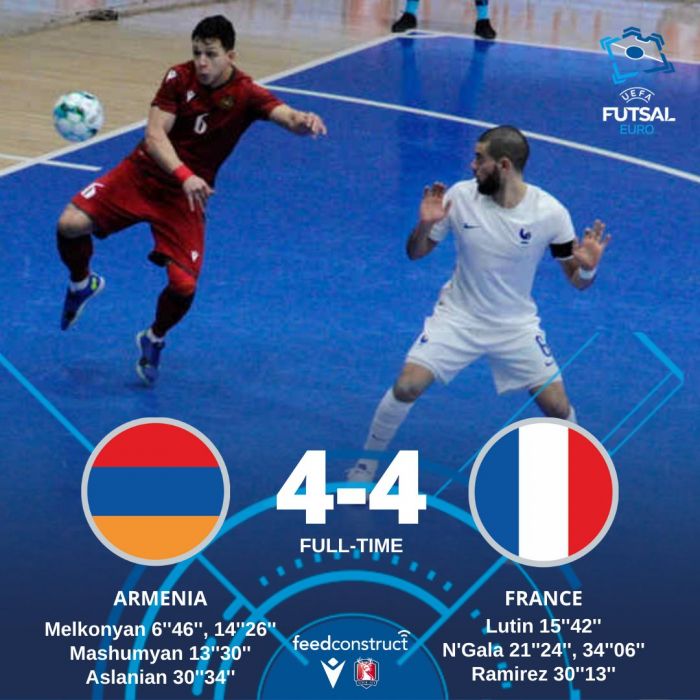 
In the second round of the UEFA Futsal Euro 2022 Championship, Armenia’s national futsal team competed with the French futsal team in Yerevan and tied the match 4-4.

During the first half, Armenia’s team won 3-1 after Artur Melkonyan scored a double. Garegin Mashumyan also stood out.

During the second half, the French team scored two more goals, tying the score.

Afterwards, Davit Aslanyan scored the fourth goal, but the French team scored another goal at the end of the game and won.

The second group’s leader is the Russian futsal team, which scored 6 points in two games. France climbed to second place with 2 points, while Georgia and Armenia each have 1 point.

In the first round, the Armenian futsal team had been defeated by the Russian team 0-6, and the French team ended the match against the Georgian team 4-4.