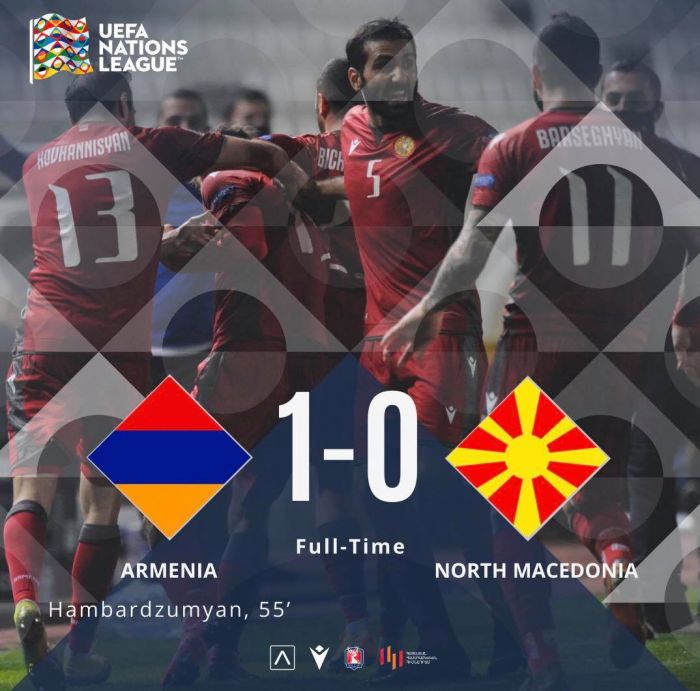 
On November 18, the Armenia national football team, which is part of the Second Group of C Division in the sixth and final round of the group stage of the UEFA Nations League, competed with the team of the North Macedonia and beat the latter 1-0 at GSP Stadium in Nicosia, Cyprus.

During the first half of the match, the teams failed to score goals. At the 24th minute, Aleksandre Karapetian had a chance to score a goal for Armenia, but the opponent’s goalkeeper managed to disallow this.

At the 55th minute, Hovhannes Hambardzumyan scored the only goal of the Armenian football team that helped the team win.

Georgia and Estonia tied the score after the other match of the group.

Thus, Armenia’s team won first place in the Second Group of C Division with 11 points. North Macedonia is in second place on the championship table with 9 points, Georgia has 7 points and is in third place, while Estonia is in fourth place with 3 points.

The victory over the Macedonians provided the Armenia national football team with the opportunity to climb to B Division at the next championship of the UEFA Nations League.