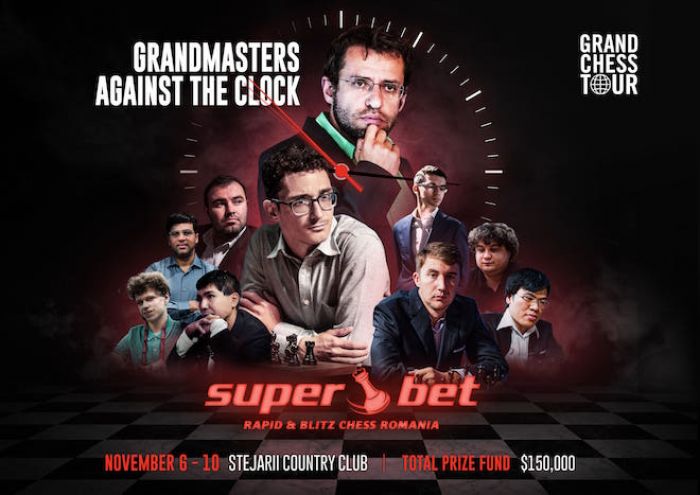 
The rapid chess stage of Grandchesstour kicked off in Bucharest on November 6.

Armenia’s leading chess player Levon Aronian beat his American opponent Fabiano Caruana with black figures during a match of the starting tour of the championship. Aronian tied the matches with his Russian and Vietnamese opponents Sergey Karjakin and Le Kuang Liem in the second and third rounds.

Currently, Levon Aronian is second on the championship table with 4 points and is behind Dutch chess player Anish Giri, who has 5 points.

Tomorrow Aronian will play the matches of the fourth, fifth and sixth rounds, facing off against Russian, Indian and Azerbaijani chess players Vladislav Artemiev, Viswanathan Anand and Shakhriyar Mamedyarov.

The nine rounds of rapid chess will be followed by 18 rounds of blitz chess. The championship will end on November 10.