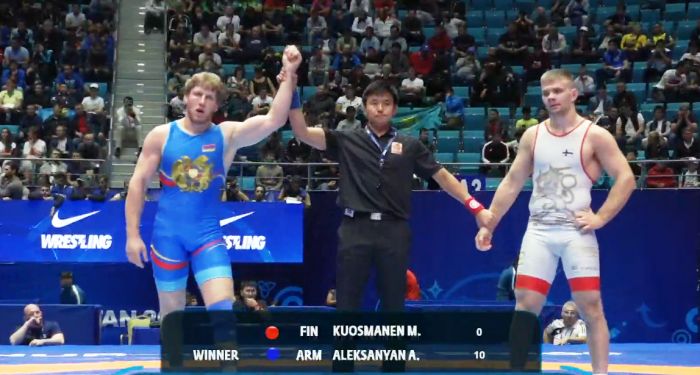 
Artur Aleksanyan, favorite of the 97 kg category wrestlers at the World Greco-Roman Wrestling Championship taking place in Kazakhstan, has made it to the 1/8 final.

In the second match, the Olympic champion competed with Finnish wrestler Kuosmanen and beat him 10-0 sooner than expected. His next opponent will be Turkish wrestler Cenk Ildem.

In the qualifying stage, Artur Aleksanyan competed with Belarus’s representative Aleksandr Hrabovik and beat him 5-0.

Karen Aslanyan (67 kg category) competed with Tajik wrestler Mubinzhon Akhmedov in the 1/16 final and also beat him 10-1 sooner than expected.