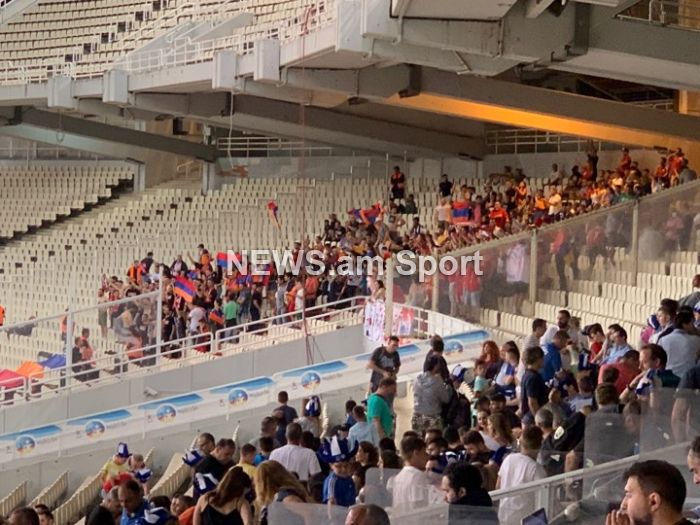 The first goal was scored at the 8th minute when Alexander Karapetian fiercely kicked the ball after a pass from Tigran Barseghyan and scored a goal from an angle (video).