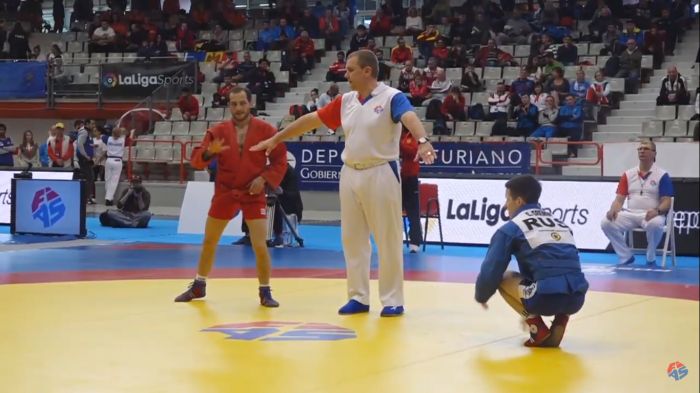 Tigran Kirakosyan became a champion of the European Sambo Championship that has kicked off in Spain’s Gijon.

In the final, the athlete from Armenia’s Vanadzor was at an advantage over Russian samboist Yevgeny Yeryomin in the 52 kg category of the sport sambo tournament.

Tigran Kirakosyan has been declared a European champion for the past three consecutive years.

The Armenian sambo team is participating in the European championship with 19 athletes.