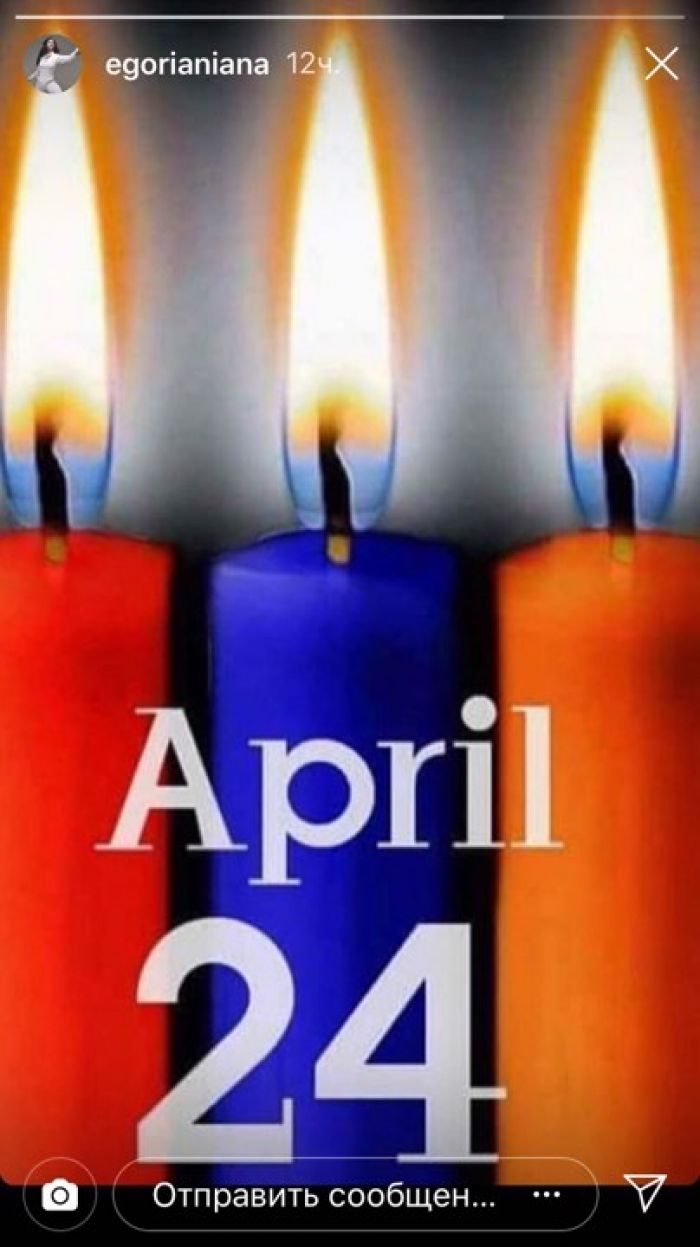 On April 24, Armenian athletes of Armenia and abroad posted comments dedicated to the memory of the victims of the Armenian Genocide of 1915 on social media websites.

On the day marking the 104th anniversary of the Armenian Genocide, champion of the Olympic Games Rio 2016 Artur Aleksanyan recalled the victory he had scored over a Turkish wrestler in the semi-final of Rio-2016 and posted a photo of his triumphant match on Instagram. Artur Aleksanyan had won Turkish wrestler Cenk İldem 9-0 in the semi-final for 98 kg category wrestlers at the Olympic Games.

Two-time Olympic champion and member of the Russian national fencing team Yana Egorian posted a photo (“April 24”) in the stories section of her Instagram.

Yana Egorian’s father is Armenian and lives in Yerevan. The female athlete lived in Yerevan until the age of 6, and she and her mother moved to Russia after the mother’s divorce.

Vice-champion of Olympic Games Rio 2016, MMA athlete Mihran Harutyunyan also posted a comment on Instagram. He wrote the following: “Today is the day of remembrance of the victims of the Armenian Genocide. On this day in 1915, 1.5 million Armenians were killed in the Ottoman Empire. The 24th of April of 1915 is a big wound of our nation that will never heal.”