Unai Emery: I am very proud of my players 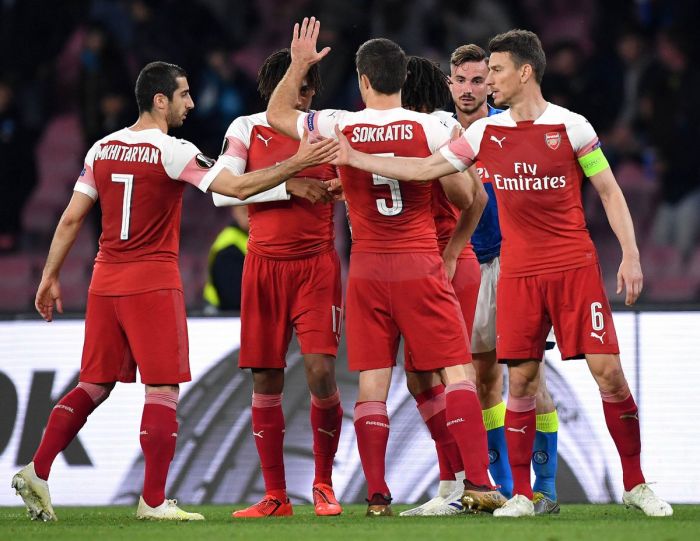 Arsenal boss Unai Emery commented on the away victory over the Italian Napoli in the Europa League second quarter finals, Football Italia reported.

"I am very proud of my players. We started very well. The first half was good because after we scored, we continued not to give them opportunities. We defended well second half. In the two matches we can be happy to win against Napoli,” he said adding: “Valencia are a very good team with good players. It will be a difficult match for us.”

As reported earlier, in the return game held in Naples, the midfielder of the Armenian national team Henrikh Mkhitaryan came on as a substitute in the 34th minute instead of the injured Welsh winger Aaron Ramsey.