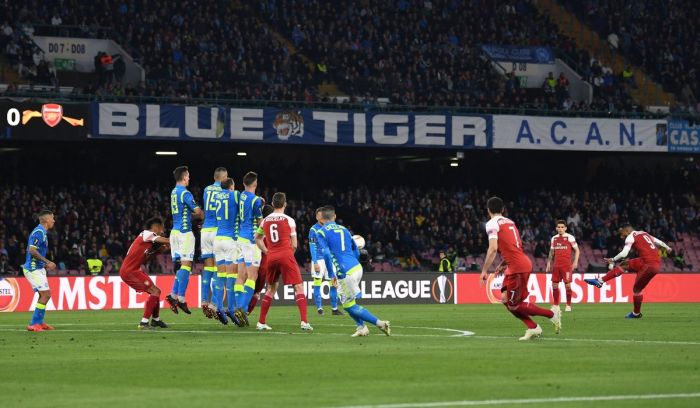 Arsenal, Chelsea, Valencia, and Eintracht Frankfurt have advanced to the semifinals of the UEFA Europa League.

Arsenal played against Napoli in Italy in their second leg in the quarterfinals, and they beat their hosts 1-0. Armenian national football squad captain and midfielder Henrikh Mkhitaryan was among the Gunners’ substitutes at the start of the match, but he entered the pitch in the 34th minute. Arsenal had won 2-0 in the first leg that was played in England.

Chelsea played host to Slavia Praha and defeated their guests 4-3. The English team had won 1-0 in the first leg that was played in the Czech Republic.

In the Spanish derby, Valencia were once again stronger than Villarreal, as they beat their guests 2-0. Valencia had won 3-1 in their away match in the first leg.

And Eintracht Frankfurt hosted Benfica and defeated their guests 2-0. Even though the German team were beaten 2-4 in the first leg that was played in Portugal, they have advanced to the Europa League semifinals thanks to their away goals.

Arsenal will lock horns with Valencia, and Eintracht Frankfurt will face Chelsea in the semifinals.