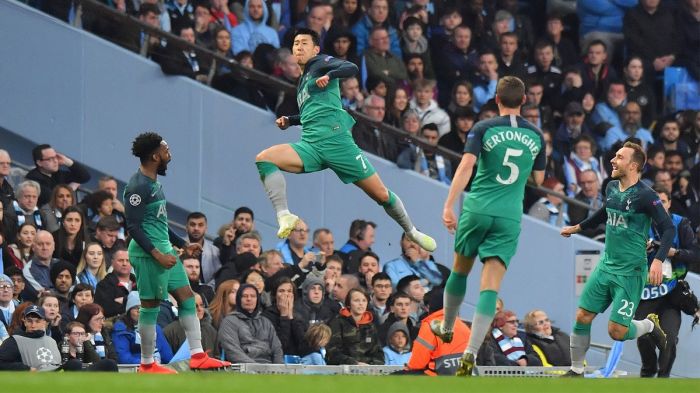 Liverpool and Tottenham Hotspur have advanced to the semifinals of the UEFA Champions League semifinals.

Even though Manchester City won at home against Tottenham by a score of 4-3 in the second leg of the quarterfinals, they have bid farewell to the rest of this football tournament.

City were defeated 1-0 in the first leg. The second leg ended in a 4-4 tie, and Tottenham have advanced to the semifinals thanks to their 3 away goals.

In the other quarterfinal second leg of the day, Liverpool beat Porto 4-1 in their away match. The Reds had also defeated Porto 2-0 at home.

In the semifinals, Liverpool will play against Barcelona, and Tottenham will face Ajax.

The first leg of the Champions League semifinals will take place on April 30, and the second leg—on May 1.

And the final will be played on June 1, in Madrid.