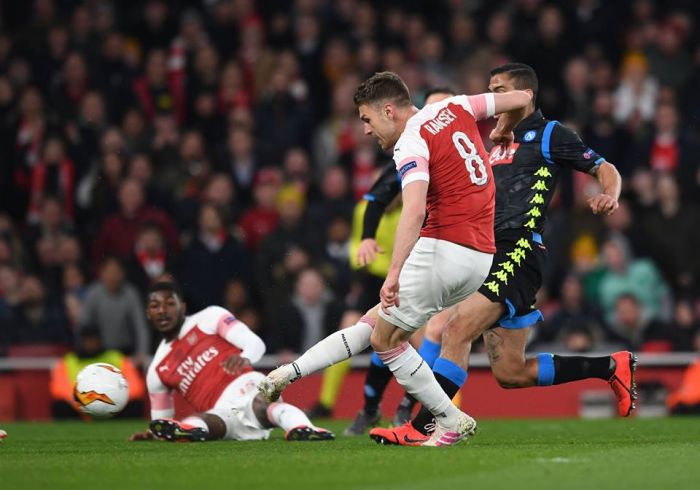 The first leg in the UEFA Europa League quarterfinals has been played.

Arsenal hosted Napoli and beat their guests 2-0. Armenian national football squad captain and midfielder Henrikh Mkhitaryan was among the Gunners’ substitutes, and he entered the pitch in the 67th minute.

Chelsea beat Slavia Praha 1-0 in their away match.

Benfica played at home and defeated Eintracht Frankfurt by a score of 4-2.

And Villarreal lost 1-3 at home against Valencia.

The second leg of these pairings is slated for April 18.