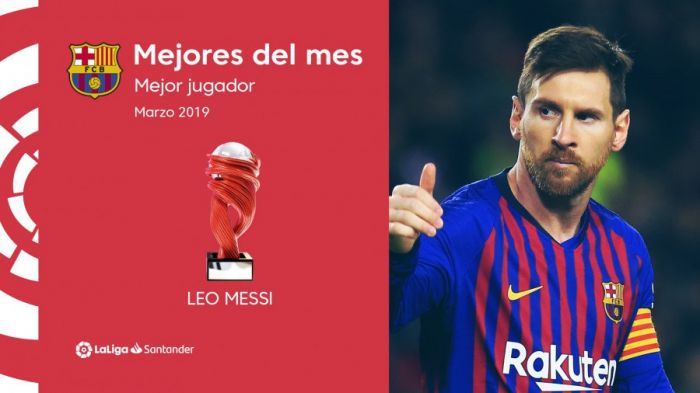 FC Barcelona’s Argentine forward Lionel Messi has received an award for best player of the Spanish championship due to the matches he played throughout March, reports La Liga’s press service.

Last month, Messi scored 7 goals and made 1 pass for a goal during the Spanish football championship.

In the current season, the 31-year-old football player has participated in 39 matches, scored 42 goals and made 21 passes for goals with FC Barcelona.