Arsenal boss: No problem with Mkhitaryan that he played like right-back 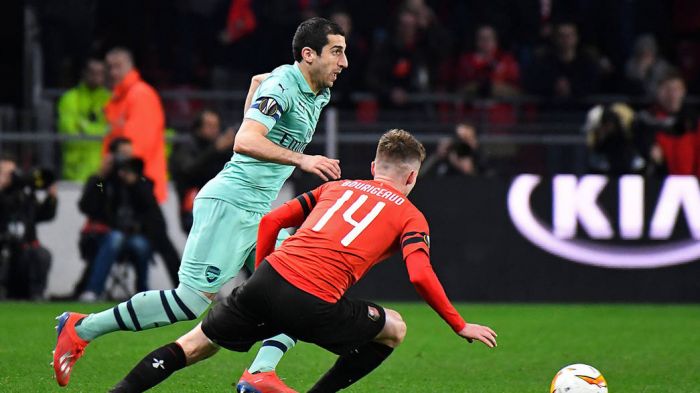 Commenting on their 1-3 loss to Rennes in the first leg of their UEFA Europa League Round of 16 clash, Arsenal manager Unai Emery reflected also on their midfielder, and Armenia national football squad captain, Henrikh Mkhitaryan.

When the Gunners’ Greek defender Sokratis Papastathopoulos was sent off after being red carded in the 41st minute into the game, Mkhitaryan was moved back to the right-wing defender’s position.

“And after this red card, first I wanted to keep the positioning with the players because in the second half we needed fresh players to help more in offensive moments, to take chances, to take options,” the Arsenal website quoted Emery as saying. “We really didn’t create a lot of chances to score the second goal, but I think Micki [Mkhitaryan] worked very well and with a good performance. I think there is no problem with Micki, and for example, his 40 or 50 minutes playing like a right-back, he played well.”

In the match that was played in France, the Armenia international was among Arsenal’s starters, and he played the entire game.

The second leg in England is slated for March 14.