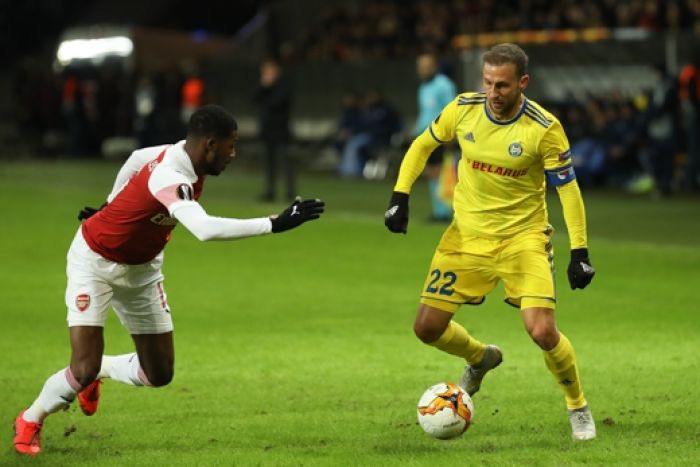 In their match against Arsenal, BATE Borisov midfielder Ihar Stasevich made his seventh assist in the current season of the UEFA Europa League.

As a result, the 33-year-old Belarus international tops the respective list.

Stasevich has made seven appearances so far in the current season of this European football tournament.

In the Europa League Round of 32 first leg in Borisov, Arsenal lost to their hosts by a score of 1-0. Armenia national squad captain and midfielder Henrikh Mkhitaryan was among the Gunners’ starters, and he played the entire match.

The second leg is slated for February 21, in London.